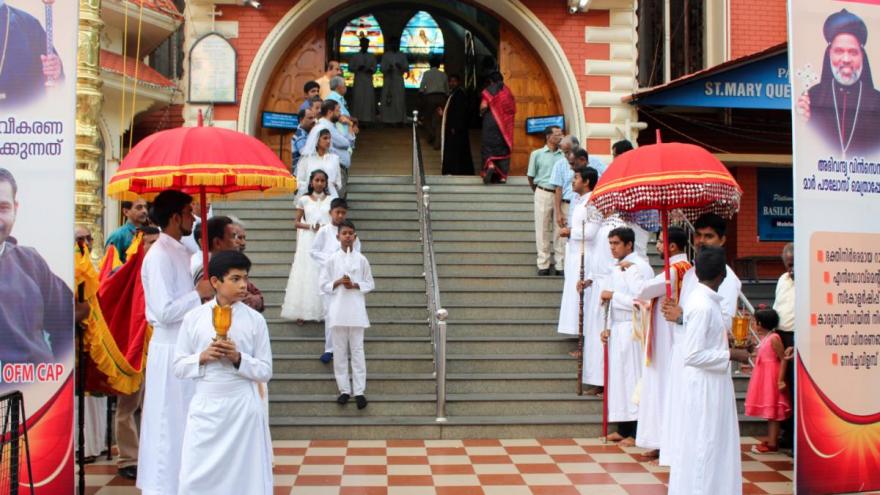 The Syro-Malankara church counts about 500,000 members, the vast majority of whom live in India, especially in the southern state of Kerala.

Like other Syrian Christians in India, members of the Syro-Malankara church proudly trace their origin to Saint Thomas the Apostle, who is said to have built seven churches in India beginning in 52 AD and to have been martyred near Chennai. Mar (Bishop) Ivanios led five members of the Malankara Orthodox Syrian Church, one group of heirs to the Thomas Christian legacy, to join into communion with Rome in 1930. In 1932, the Syro-Malankara church was officially established by Pope Pius XI, under the leadership of Mar Ivanios.

The adjective “Syro” in Syro-Malankara, like the broader term "Syrian Christian," refers not to Syrian ethnicity in India, but to the liturgical rite that the Christians celebrate. As K. C. Zachariah observes, "most of the present-day Syrian Christians are descendants of converts from among Hindus. There may be some faint traces of Syrian blood in a few Syrian Christian families, but the vast majority of the community today belongs to one or other of an Indian race, Dravidian or Aryan. In language, dress and other customs, they do not differ from their Hindu counterparts."1

Syro-Malankara liturgy is referred to as the Holy Qurbono, and the liturgy defines the church’s identity. By the church’s own description, "The whole life of piety of the oriental faithful is centered on their liturgy. They do not have very many pious exercises as the Christians of the Western Church. Their life of prayer is lived in and through the liturgical celebrations."

Syro-Malabar Catholics, Syro-Malankara, and Latin Catholics may receive communion at each other’s liturgies. The Syro-Malankara church has its own hierarchy and clergy, headed in the particular church by His Beatitude Moran Mor Baselios Cleemis Catholicos, who is a cardinal in the Roman church under the leadership of the pope.

The church has its own liturgical calendar, fasts and feast days. 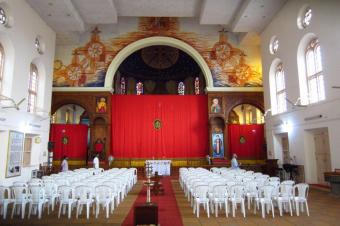