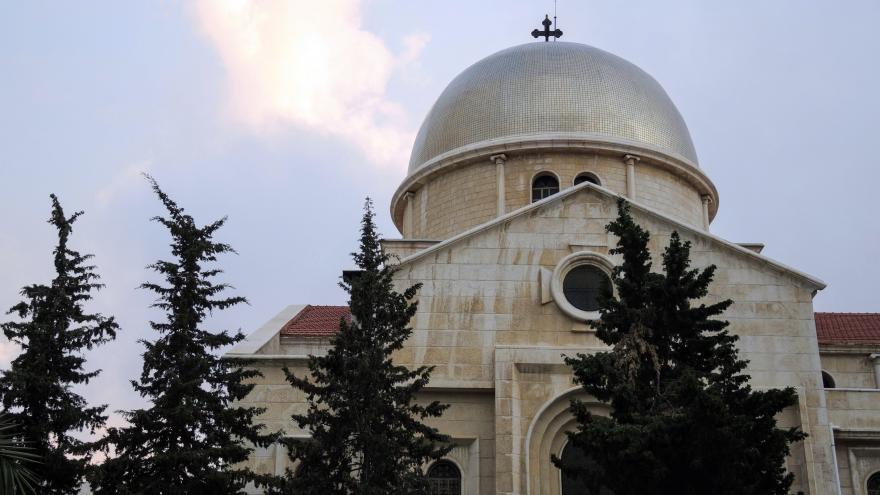 Exterior of St. George's Greek Melkite Cathedral, Amman, Jordan. The church, which is new, is in the Byzantine style.

Greek Melkite Catholics, often referred to in their home countries as Roum or Rom1, are descendants of an ancient church in greater Syria that encompassed peoples in lands that lie today in Southern Turkey, Syria, Lebanon, Jordan, Israel and Palestine. The word Greek in the name refers not to Greek ethnicity, but to the origins of the community.2 Acts 11:19-26 refers to the origins of this church among the Greek-speaking population in Antioch, noting that “it was in Antioch that the disciples were first called Christians." It was also among Greek Christians the word “Catholic” was first used there to describe the church.  St. Paul was received into the church in Antioch, and St. Peter is said to have preached there and to have founded the church. During the first centuries A.D., church leaders from this region played important roles in clarifying Christian doctrine for East and West alike. Antioch was one of the oldest and most influential seats of Christianity.

For centuries, the Church of Antioch kept relations with Rome and Constantinople, among the other patriarchal churches, but liturgically and in other ways the Byzantine relationship overshadowed any Western connection. Over time, Byzantine liturgical customs were adopted.3 In the early 18th century, in part through the work of Western missionaries, many Melkites were interested in greater union with Rome. In 1724, the patriarchate at Antioch split, and some Melkites joined the Catholic Church giving birth to the Greek Melkite Catholic Church as a distinct Catholic entity that carries on the Antiochan tradition under the authority of the pope and its own patriarch, the Patriarch of Antioch of the Greek Catholics.

Arabic began to supplant Syriac in the first millennium, and Arab culture came to influence the life of the church. The language of the church today is Arabic.

According to figures by the Holy See, there are more than 425,000 Greek Melkite Catholics in Lebanon, 235,000 in Syria, 27,600 in Jordan, and 80,000 in Israel and Palestine. Before 1948, many more Melkites lived in Israel and the Palestinian territories, but they migrated elsewhere in the Middle East and abroad at various stages of the conflicts there. The war in Lebanon also took a huge toll on Melkite villages and institutions there.4 Today, there are more Greek Melkites living outside the Middle East than inside: 433,000 live in Brazil, 302,800 in Argentina, 25,400 in Venezuela, 4,700 in Mexico. Another 24,000 Greek Melkite Catholics live in the United States, 35,000 in Canada, and 52,000 in Australia.5 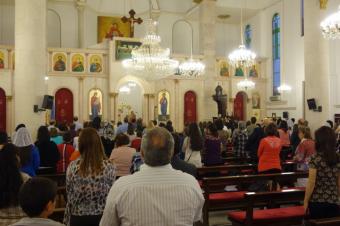 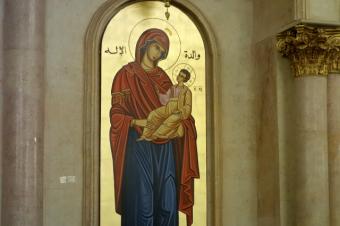 Melkite iconography serves as windows to the divine 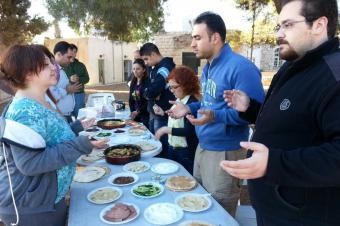 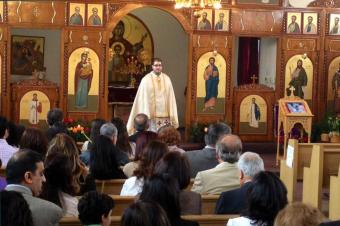 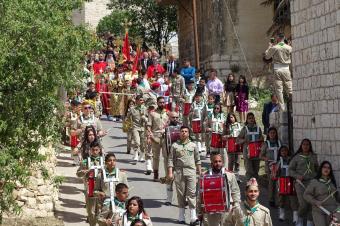 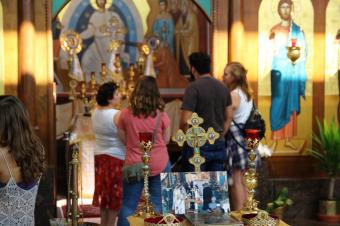